Everything You Need To Know About USPA 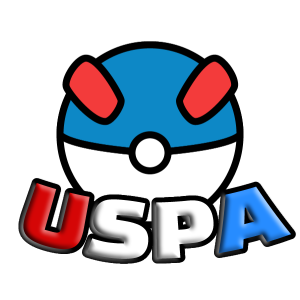 Welcome to the United States Pokemon Association! Our goal is to help build local VGC communities by connecting players across the US in a fun and friendly environment. While official in-person VGC events are paused, you can still get to know your local VGC community members and other players across the country through the USPA. Our hope is that this helps encourage local community growth once official in-person events return in 2022.

Our VGC league is starting soon, where regions across the US and Canada will be competing! Sign ups are ending on December 26th.

You can sign up for the league here and check out the rules document here.

Join the USPA server to help represent your region by battling for the team, helping with team building or cheering them on.

About the USPA VGC league

Find out which region is the best at VGC in the USPA! In this league, our managers will choose a team of 5 to 10 players to represent their region for the season. Each week, 5 players from each roster will face off against another region in fierce best of three VGC battles. This will continue throughout the season and into playoffs until a region is crowned as the first USPA Champion.

Do you want to help prove your region is the best? Sign-up here before Dec. 26th!

Don’t want to play for the team, but love team building? Join your region’s Front Office and share your creative ideas.

Want to cheer on your team and watch the games? We’ll be keeping everyone updated with the results in the server and will share as many replays of the games as possible.

There is a team for everyone! We’ll be combining some smaller regions when forming these teams to help ensure all VGC players are represented.

Many people find that going to in-person VGC events can be intimidating. Despite this, most people end up finding good friends and making great memories during their time playing Pokémon. USPA is aiming make this experience less intimidating for new and returning trainers by helping players in their own regions connect online.

We asked some VGC players in the community to share with us why they play VGC and what they enjoy about this unique competitive gaming experience.

Here are some of their responses:

“I was excited by the prospect of having a deep, competitive experience with games I loved growing up. While I still love the games and enjoy competing in tournaments, the main draw of VGC events for me has become the community and the connections and friendships I’ve made over the years.” – Matt A., competing since 2014

“I started playing Pokémon when I was 11 on the original red/blue. Battling had always been my favorite part because it was like a game of chess. Now I am in my 30s and still play VGC. I appreciate that something I loved as a kid still brings me so much joy and that I can share it with others in competition. I appreciate that VGC is for everyone and is a way to build friendships across the globe.” – Professor Manchineel, competing since 1998

“I saw VGC as an opportunity to play an official competitive circuit after playing gen 3 OU for years prior. I still play to this day because this game drives me to innovate and helps me see new avenues of thinking. The game is both simple and so complex that there is truly nothing like it in competitive circuits” – Neth, competing since 2008

“VGC combines several aspects that I like: my love for Pokémon, competitiveness and having fun. I enjoy the different kinds of ways to play. I love creating weird strategies and teams” – Dina Moreno, competing since 2014

“I want to be the very best, like no one ever  was. I love the chess and poker aspects of VGC. The nature of the game means that most of the time, if I beat you, it’s because I outsmarted you.” – Vinny, competing since 2013

“Joining the VGC community has positively impacted my life in many ways. It’s allowed me to make many new friends and encouraged me to travel for events. Seeing more of the world with good friends, while competing together allowed me to make a lot of great memories. It’s a mentally challenging game that gives you a lot of room for growth.” – Dina I., competing since 2017

“As someone from a country that didn’t have official events until late 2015, at first it was for the thrill of competition. I remember watching US/EUR Regionals/Nats, and thinking “I want that!”. Then it became more about the community and the friends I made along the way. I love logic turn based games, flowcharts and problem solving. VGC mixes all these three aspects together with something I love: Pokemon.” – Juan C. Ortiz, competing since 2008

Join the USPA server today to connect with other VGC players in your area and to get all the latest news about our league!

Written By: Dina I. (Tapu_Dina)